Production of the Atlantic blue fin tuna processing industries are discarding tonnes of fish waste per year, a waste of resources which can be turned into a new economic reality, with a win win result to the investors as to the creation of a new industry resulting in economic growth and creating employment opportunities.

As a result of this new economic venture it will also be addressing the countries coastal waste management issues. Considering that tuna farms produce tonnes of waste yearly and that the disposal of these wastes is a major handicap in the fish processing industry with consequent problems to the tuna farm operators and society and the economic benefits which can be derived from this waste. The high nutritional potential of tuna meal provides the economic possibility of utilising tuna waste into a marketable product which makes it usable as aquaculture and cattle feeds.

In practice, this project can best be portrayed as an embodiment of the circular economy, as it will capture current waste streams and bring them back into the economy as a resource.

Along the Mediterranean basin mainly in Malta, France, Italy, Spain, Morocco, Tunisia, Egypt, Cyprus, Portugal, Israel, Lebanon tuna fishing and processing is an important economic activity however its environmental issues when it comes to waste reduction and utilizing waste by turning it into an economic venture are almost non-existent.

Required size of the facility

Million euros in equipment and installations

End of the fundraising

Through its educational activities and events Genista Research Foundation encourages the protection of the natural environment together with the conservation of native agricultural landscapes, ensuring that agricultural activities care for the protection of valleys and landscapes of scientific interest. The Foundation also co-ordinates a pioneering project on sustainable farming demonstrating environmentally friendly farming systems in various sectors of farming. 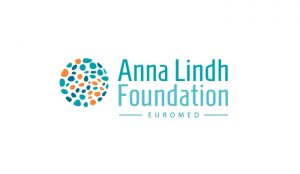